19 Lynedoch Street was a Category B Listed Building in the Woodlands Hill, Park Conservation Area. The building built in 1845-48 was a terminal pavilion of a classical terrace on the junction between Lynedoch Street and Lynedoch Terrace.

In 2010 cmm ARCHITECTS were asked by a contractor acquaintance to visit a site where he had recently begun work converting the former office building into flats.

When cmm ARCHITECTS visited the site the contractor was doing a soft strip during which concerns were raised over both the structural integrity of the building and condition of the stone work. The costs of the conversion were escalating.

After examining the reports that had been commissioned, from stonemasons and rot specialists, cmm ARCHITECTS persuaded the client to delay the project to allow them to approach Planning, Historic Scotland and Glasgow Conservation with a view to demolish and rebuild.

The Engineer's report summarised the stonework and rot reports to describe the extent of the works. Concluding that 75% of the walls would have to be rebuilt and that much internal structure replaced with all the associated propping and temporary works. A cost appraisal determined that rebuilding was a more viable option.

After protracted negotiations with Historic Scotland and Glasgow City Council it was agreed that the proposals would be supported on the condition that all stonework and other details were recorded accurately and replicated in natural stone. cmm ARCHITECTS carried out a full physical survey and an application was made for Planning and Listed Building Consent in August to demolish and rebuild as 18 flats.

The building was traditionally built construction with masonry walls and precast floors. The stone selected was Marchalls Stancliffe Stanton Moor, a buff sandstone which matched some of the stone used in the street, traditionally built with 4mm lime mortar joints. Production drawings were produced for every stone and detail.

The completed project proves that is commercially possible to rebuild a traditional stone built property in this Conservation Area. Many of the buildings here are in a deteriorating condition similar to that of the former 19 Lynedoch Street, with stones laid “on the cant” and other bad workmanship being present at the outset.

If the City wishes to retain the character of the Park Conservation Area, this building should be viewed as a viable long term alternative model to continually repairing stonework which was flawed when built back in the mid-19th century. 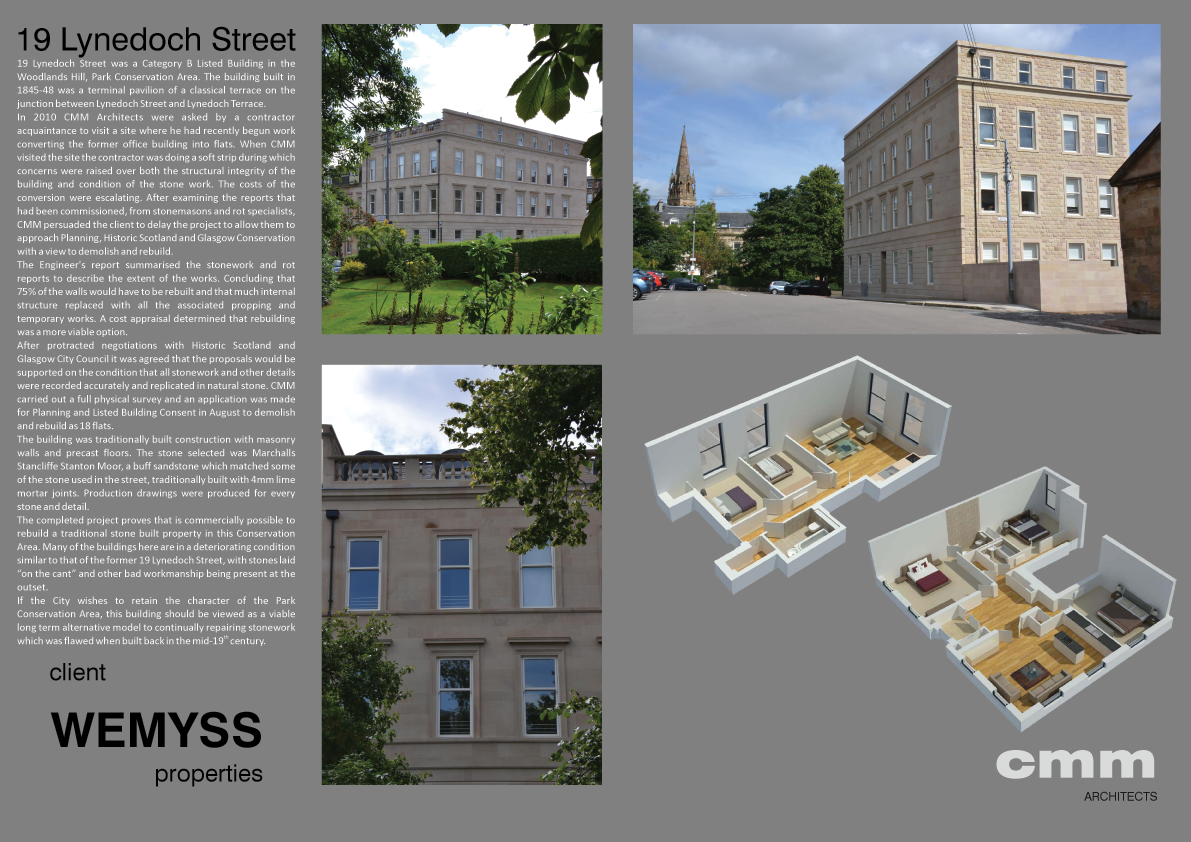 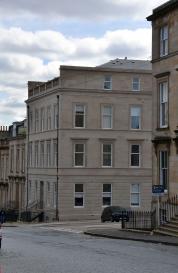 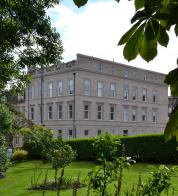 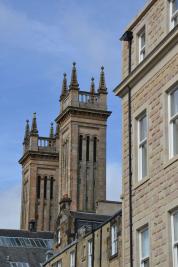