This city centre development is a replacement for a traditional Glasgow tenemental form typical of the Andeston area of the city.

Formed over a half of the city block, The Bridge as it is known was the culmination of a decade of urban planning. Bringing a much needed renaissance to an area blighted by misplaced urban planning.

Initially 152 flats above two storeys of commercial / retail space was proposed, finally 162 flats were built at a cost of around £18.5m.

The design was a response to the increasing demand for affordable city living. Rising 13 storeys, served from one access off Argyle Street to a raised court this project was pioneering in both scale and simplicity of form. A pallette of three materials on the principal elevation respecting the existing urban form and colour.

This project set the benchmark for urban density in Glasgow. 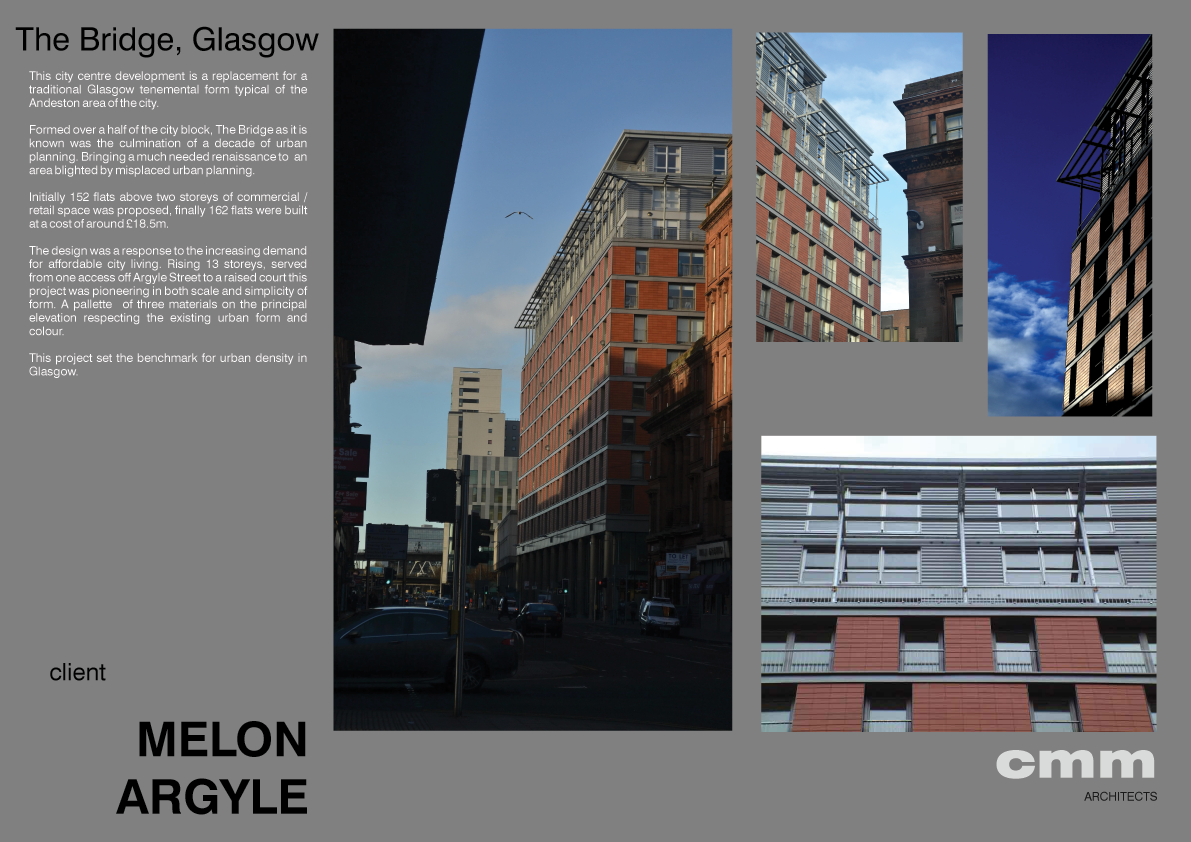 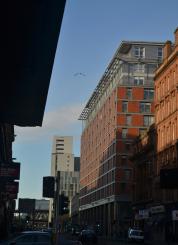 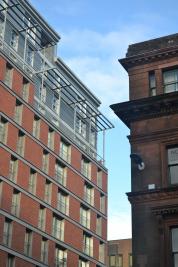 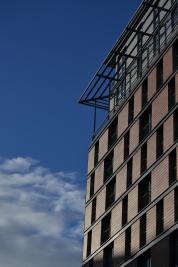 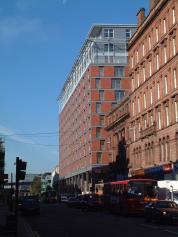 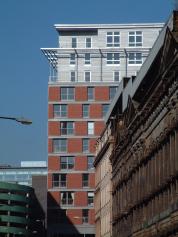